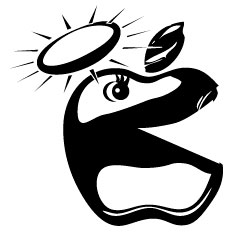 We still love you. Sort of.

There’s no point in stressing about things over which we have no control, so I went and had a decent weekend after surrendering my MacBook Pro for up to five days to execute the display repair. I got some other things accomplished at the mall. The weather improved. The head cold that laid me low earlier in the week was loosening its grip.

The second replacement iPhone I’d received under AppleCare was working out. Once I’d restored my apps and data, I tested the receiver to make sure it was working properly. The problem does appear to have been the hardware. I remembered too late that I had neglected to back up one app I use for business (it is not automatically backed up by iTunes; I knew this, but forgot about it in the heat of addressing multiple Apple issues). I’d lost about a month’s worth of transactions and spent an hour recreating the data. Oh well. I accept full responsibility for this oversight.

Sunday, my husband and I had a nice lunch at Greenwood Lake, followed by a hike up Governor Mountain. The weather had been iffy in the morning, but the sun came out and we had a lovely afternoon.

Sunday evening, I received an email from the Apple Store. My computer was ready for pick up. Excellent! 30 hours is certainly better than 5 days.

Monday morning, I headed to the Apple Store and quickly checked in. The store was pretty quiet. Geniuses outnumbered shoppers by a wide margin.

A Genius emerged from the back with my computer in its bandage-like wrapper. He invited me to have a seat at the Genius Bar as he unwrapped the computer. It looked nice and clean. I opened the lid, inspected the display and pressed the power button. The start-up chime rang.

We both watched as the screen went through its routine, and after several seconds, the log in screen appeared. WiFi is in the house. Yes, that’s my log in. I typed in my password.

Everything came up as expected. The display was once again pristine. No holes, dings or dead pixels. We appear to be back in business. I checked my email to be sure. Everything’s connecting. Okay, I’m satisfied.

I signed off on the repair, shut down and packed the computer for its trip back home. Only time will tell if all of the repairs were done properly. For now, it would appear they have been.

My general attitude toward extended warranties is to avoid them, particularly for cheap consumer electronics that could be replaced for much less than the cost and aggravation of repairing them. Bigger ticket items that impact one’s quality of life are quite another story.

Every user has their reasons for selecting the devices they purchase. As a technologist and business user, I highly value functionality and tech support. I have acquired a great deal of knowledge from the many resources I use. My philosophy has always been that a product is only as good as the people who stand behind it. As someone who does their work with highly sophisticated tools, I would not be as capable or effective without their reliable performance.

I have used other kinds of computers. At school, I had to use PCs, and I have a Dell Latitude that I use for one of my clients whose tools run on Windows XP-based software. I have had to utilize technical support for a variety of devices and services. I can say that many of them are not satisfying. The reps are too often not native-English speakers, and I’m sorry, but it’s tough enough explaining technical issues and interacting with people who are fluent in English. An additional layer of difficulty is added when the expert with whom you are conversing is not conversant.

And here’s something else AppleCare offers that I’ve never seen elsewhere: on the Support web site, you can schedule a call with an Apple tech once you’ve established that you have a contract. If someone’s available when you submit your request, your phone will ring almost instantly, and you’ll be asked to wait a short interval until a human comes on the line, asking your name and phone number so they can call you back if you’re disconnected. Other times, you can set up a call at a time that’s convenient for you. Just knowing that a knowledgeable person is available to help so much of the time gives me great comfort when things are going wrong.

Depending on your devices and how you use them, the ability to have them repaired or replaced during their projected service life is not a luxury, but a necessity. These are the tools of my trade, and I need them to work so I can.

Each device does come with a limited warranty of some kind. Mistreatment of the device is usually not covered, but I have had some very liberal Genius dealings, as when a hard drive was accidentally damaged by exposure to magnets in a set of third-party stereo speakers. Not only was I given a new, larger hard drive, but I was also given the option to upgrade the operating system at no charge. Had I not had AppleCare at that time, I’d have had to pay for the new drive and its installation out-of-pocket. That one incident justified the expense of AppleCare for that device.

My Mac Pro desktop’s video card went bad after its AppleCare term had expired. Even so, I trucked the beast to the Apple Store, expecting to pay for whatever repairs were necessary. As luck would have it, Apple had issued a recall on my computer’s video card that very day. Apple replaced that card, no charge, and extended the warranty another 6 months. They didn’t have to do this, but they did. I felt like a valued customer indeed.

One other thing I feel compelled to point out: once upon a time, Apple Computers were American made, in Cupertino, CA. Today, they are designed by Apple in California, but assembled in China. While I have nothing against the Chinese, one of my complaints about manufacturing in general in today’s business climate is that QUALITY CONTROL has become a quaint, outmoded concept. When price alone is the bottom line, quality is the first thing to go. Apple Computers are not cheap. Quality should be built-in. But computers and the complex components within them are all put together by human beings. Consequently, human error is a guaranteed part of the equation. To my mind, this makes AppleCare a more valuable and necessary product. It’s one of those things that compensates for the fact that we live in an imperfect world.

The problems I’ve had with my latest Macintosh have been irritating and cost me days of productivity. I choose to continue working on Macs because I find them to be faster, better designed and more reliable than other machines, saving me days of productivity over the long run. This is a personal choice based on years of experience. I can’t guarantee what anyone else’s experience might be, but I can say I’m optimistic that I will remain productive for some time to come with the tools I’ve chosen. And if there are issues, I still have plenty of time left on my AppleCare contracts, which does give me peace of mind. I will continue to rely on the kindness of Geniuses and Apple’s inclination to care for the time being.

Author of the groundbreaking book "Dementia Sucks", Post Hill Press, May, 2018. Having cared for my father, who had vascular dementia and died in 2004, and my mother, who died on April 14, 2015 after a long fight with Alzheimer's disease, I have refocused professionally to helping others through my experience. My company, Grand Family Planning, provides Coaching and Support Services. I am a professional speaker, offering programs for businesses seeking solutions to recruit and retain employees who care for loved ones. In this way, I share my knowledge and give meaning to the tragic turn of my parents' journey through the misery of dementia.
View all posts by traceysl »
« GrrApple
A kinder, gentler approach to copyright enforcement »